Hunters are the main protagonists and one of two playable main factions in Evolve, the other playable faction being the Monster.

Far into the future, humanity has advanced sufficiently to colonize planets outside of the solar system. When several colonies established on the planet Shear are attacked by monstrous wildlife with the ability to evolve at an incredible growth rate, a ragtag team of war veterans, expendables, heroes, psychopaths, robots, cyborgs, and mutants are assembled to combat and exterminate the Monsters as they roam across the planet, Shear.

Following the events of the Evacuation campaign, the hunters received support in the form of two pairs of monster hunters already on Shear: Crow and Slim, a recluse and an outcast hiding in the wilderness of Shear, and Torvald and Sunny, a fallen Ebonstar mechanic with a grudge and a female pilot from Parnell and Abe's past.

As the condition of Shear continues to deteriorate, the only souls remaining are resourceful hunters native to Shear - Such as Lennox, the billionaire scientist and designer of the Broken Hill Mine, Jack, a similar technological savant with a secretive parentage, and E.M.E.T., a search and rescue drone re-purposed with a commando Demon Core by Jack. Kala is a former scientist, obsessed with discovering the Monster's origin and intent.

Jetpacks take 1 second to start recharging after use.  Jetpacks take 14.29 seconds to fully recharge from empty (regenerating 7% of their maximum per second).

When a hunter is reduced to 0 health, they enter an incapacitated state, where they have 2625 health points out of a possible 3500 (reaching 3500 will cause them to get back up to their feet). Incapacitated hunters heal and take damage differently, suffer 75 damage in bleeding per second and will die in 35 seconds if left completely unattended. Healing a hunter can mitigate or stop the bleed effect (depending on what kind of heal is), and performing a revive (successful or unsucessful) will temporarily pause the bleedout.

Each hunter has 4 slots, occupied by:

Each hunter has at least one Primary Weapon, whilst the Secondary Weapon slot may either be occupied with a weapon (such as Hyde's minigun) or a support item (such as Val's Salveron Medgun). The Special Ability is an ability which is completely unique to the character, whereas the Class Ability is an ability which is unique to a specific class (for example, all Trappers have the Planet scanner ability). Like the Monster, each Hunter can choose from several Perks at the beginning of the game.

There are 4 classes available to choose from, each with 3 "base" characters, free adaptations on these characters (currently 2 of each released) and 2 additional DLC characters. These include:

The Assault class specializes in dealing out massive amounts of damage, going toe-to-toe with the Monster to tear down its health. The Assault class is possibly the most distinctive in the game, having a massive build with two protrusions over the back (i.e, Torvald's mortars, and the tanks on Hyde's back), and frequently painted red to signify that they're dangerous to any Monster. An Assault class' arsenal consists of two offensive weapons, one for short-range, and one for long-range that can hit weakpoints. They also carry one class ability or grenade, and the Personal Shield for close-up brawling and heavy damage-dealing.

The Medic class specializes in keeping their team alive, healing wounded teammates and occasionally bringing them back from the dead. The Medic's arsenal features one offensive weapon, a secondary healing ability such as Val's medigun or Slim's medic drones, a support ability, (Note: Lazarus' personal cloak is an exception to this) and the healing burst.

The Support class is designed to protect their team and occasionally add more firepower. In Legacy, Supports could cloak, but in Stage 2, all Supports can now shield their teammates. Every Support is designed to assess the battle and switch between offensive and defensive gameplay based on how the battle is going. Some Supports are more defensive than offensive, so it is best to pick members based on the Support, specifically the Medic, as some Medics depends on the Support to survive. All Supports have a primary weapon which can deal exceptional damage to the Monster. 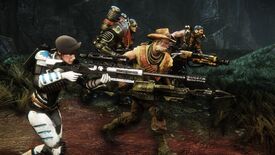 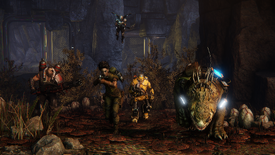 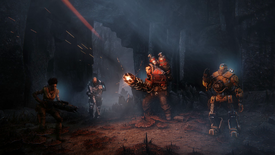 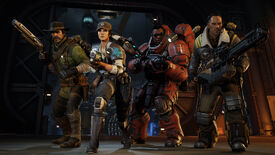 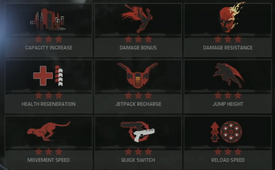 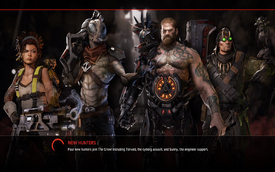 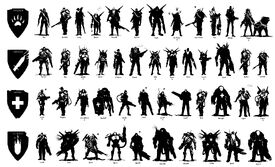