The fans have spoken! Thanks to everyone for their submissions. Explore the top ten tips for dominating at Evolve below!

1. If playing as Lazarus, if a hunter is down let them die and then resurrect them. That way their hunter comes back with full health!

2. Behemoth's powerful lava bombs can be thrown 195 meters, which is more than half the length of the largest map, giving Behemoth extraordinary range. Ambitious players can try to hit unsuspecting hunters from across the map. 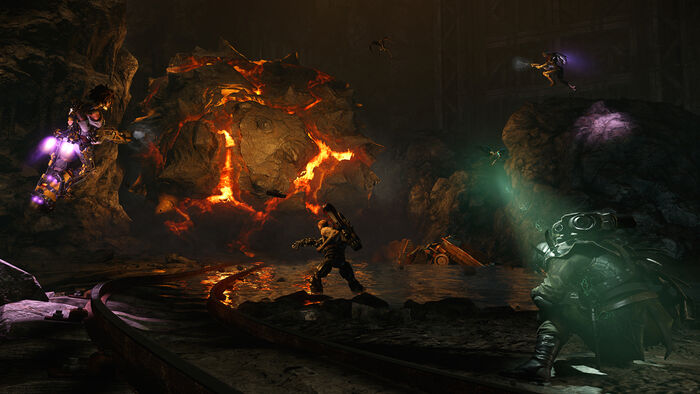 3. You can tag dead wildlife with Abe too, which can lead to a monster thinking he's grabbing an easy meal, whilst he's really giving his position away

4. Gobi can fly very far, however! If there is an obstacle blocking his path he will return to crow, Remember this next time you throw that adorable little Batray that thinks your its mom.

5. Sunny's jetpack booster lets teammates jump long distances at twice the regular speed, without using any of their individual battery. Use this to quickly advance the trapper towards the monster so they could establish a combat dome. 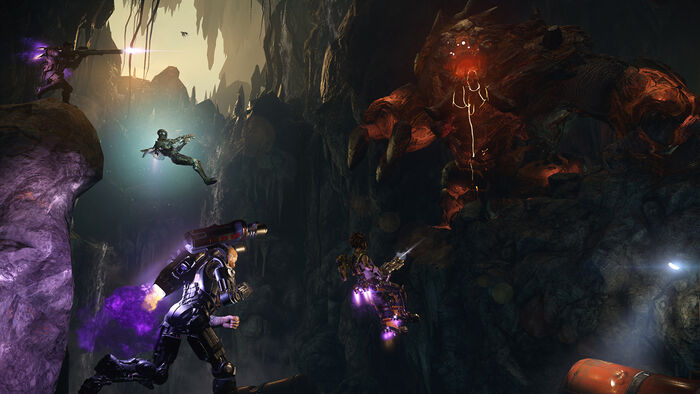 6. Crow's Stasis Gun has two firing modes: A rapid-fire mode briefly slows down the Monster and a charged shot will drop a Monster to a crawl for a longer period of time. These firing types will prove very effective against more mobile enemies like Kraken and add insult to injury when dealing with slow pokes like Behemoth.

7. When playing as Slim, if a teammate is being pursued by a monster in tight quarters, hit the monster with a well placed round from your Spore Cloud launcher. This will momentarily mask the hunter's scent and might mean the difference between incap and escape for your fleeing teammate. 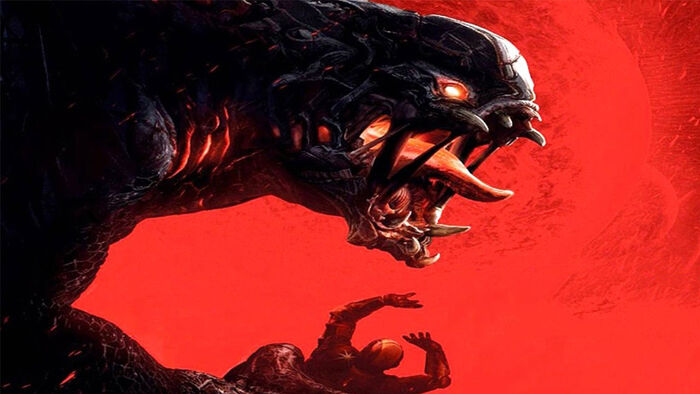 9. Pay attention to the trajectory and delay of Sonny's mini-nuke! It takes some getting used to -- simply pointing and shooting won't get you very far.

10. Pay attention to the size, shape, and direction of outlines sniffed out by Gobi when playing as Crow. It could mean the difference between stepping into an ambush or getting a jump on the monster.